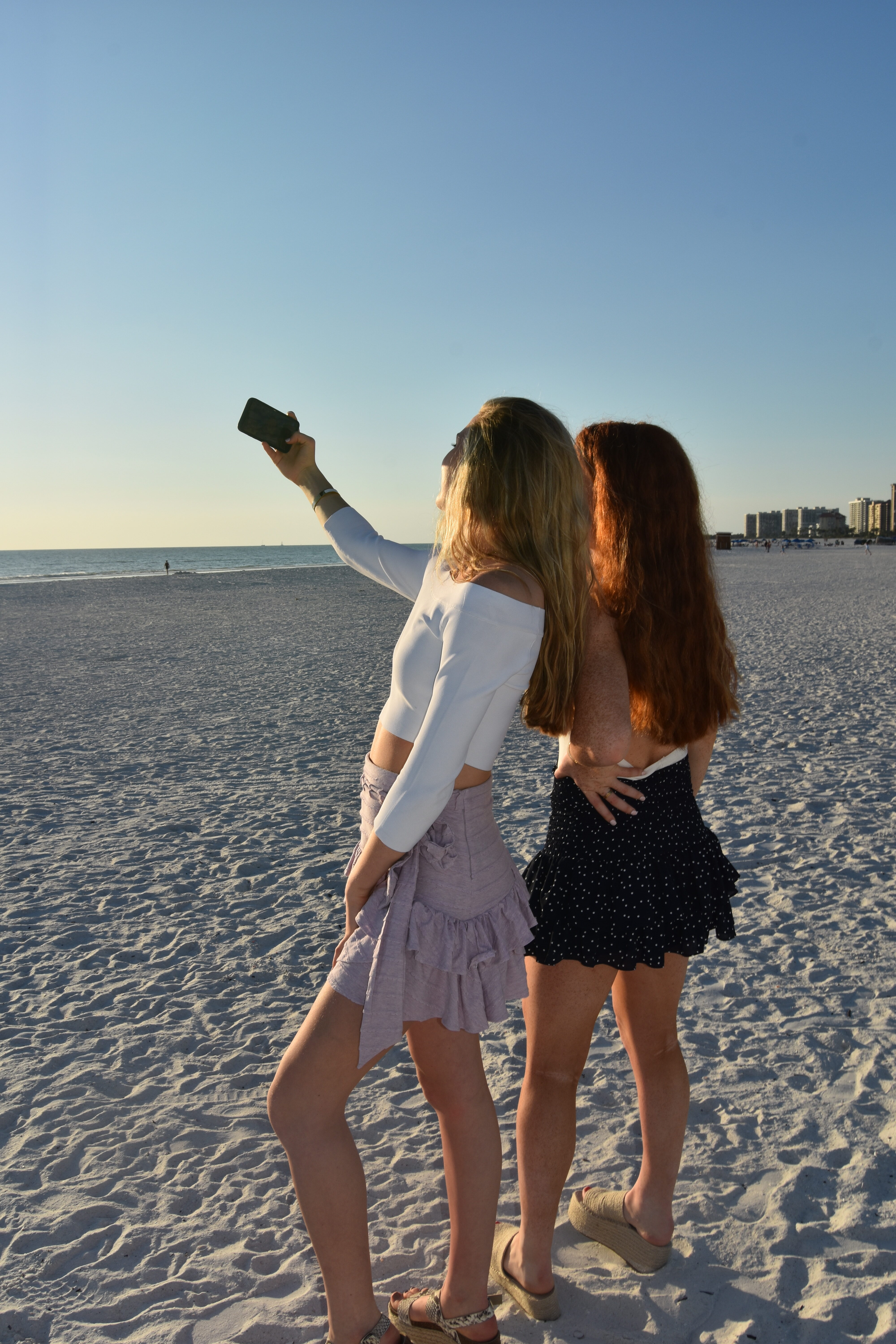 My teenagers are addicted to technology. They walk around the house staring at their screens until I yell at them for bumping into walls. I always get the same response “Sorry Mom, I’m doing homework.” Really? What school assignment wants you to take a duck face selfie making a peace sign? I may be middle-aged, but I am not stupid.

I try and stay on top of what they are “posting.” I don’t want to micromanage or ruin their lives. I know they need privacy, and believe me the last thing I want to do is read all of their text messages. I am just trying to protect them. They are too naïve to realize one stupid mistake can ruin their lives (this is where they give me the eye roll). A questionable picture or comment can go viral in seconds, but they never think it could happen to them.

And then I learn about VSCO. A photography app linked to their Instagram accounts where they post photos which are public for any VSCO user to see. I am overwhelmed. Honestly, keeping on top of all of this feels like a full-time job.

And what about the issue of lack of sleep? Why do they think it is okay to be up all night on their phones? My eighth grader lacks the self-control to plug her phone in on school nights and get to bed at a reasonable hour. I have friends with kids who are similar ages and disciplined enough to do it on their own. However, my daughter is not one of them. After much negotiation and taking into consideration after school activities, homework and her need for “downtime” we agree on 11pm. I admit, it does seem late for an eighth grader as my older daughters have reminded me that their bedtime was 10pm in eighth grade. But I am beaten down and tired and she is my third teenager, so I give in and agree on 11pm. Here is the problem with 11pm. I have already had two glasses of wine and am exhausted. So, we attempt the honor system. She plugs her phone in my room and wakes me to confirm that she has done what I have asked. This was all going well until it was brought to my attention from a reliable source (who is in the bedroom next door) that she was sneaking her phone out and returning it to my room much later.

I waited for evidence before I approached her. How hard could it be to tell what time she was on her phone until? The following morning while she was still asleep I typed in the code to open her phone. After three failed attempts the phone was disabled for 1 minute. That little shit, did she change her password? How hard could it be to figure it out? Birthdays, dog names, jersey numbers, it was disabled for another 5 minutes. This was ridiculous, I had bought the phone and paid the monthly bill, but I was unable to unlock it. Finally, I guessed it and I was in. There were no recent text messages. This shouldn’t have surprised me since my older daughters had informed me that Snapchat messages now replaced texting.

But these Snapchat messages were not easy to uncover. Conversations disappeared within minutes of being read (clearly the person who invented disappearing messages did not have teenagers).

Sitting on the bathroom toilet (sorry for the visual) I opened the yellow icon with the white ghost. The screen had names with little shapes to the left of it. I wasn’t sure what I was looking at and how to get to her messages. I have a Snapchat but honestly, I have never used it. So, I swiped right. I was horrified to see the image of myself squinting back with glasses and messy, morning hair. I tried to find a back button to get out of the screen. That’s when I hit the bottom button and I heard a click. Within seconds the picture of me squinting on the toilet was posted on her “story” for all 400 of her friends to see. Let’s just say this did not go well for either of us.

Despite this setback I wasn’t giving up. I was going to make sure my 14-year-old daughter had enough sleep while I still could. In a few years it would be up to her, but I knew she wasn’t mature enough for that now. After some investigating, I was able to prove that she had been up chatting with friends on many school nights past 2am. Even more disturbing was how many of her 13 and 14-year-old friends were also up past 2am. After doing the math she was only getting 4 ½ hours of sleep. No wonder she was having a hard time paying attention in school and didn’t feel well.

Now I was going to have to play hard ball. This whole “trusting” and “teaching her to be accountable” wasn’t working. I needed to get a handle on the situation. l learned there was a phone app that could shut off the internet at specific times. My problem was solved, on weeknights our internet would automatically shut off at 11pm and I would be able to sleep soundly.  The first night I tried this I woke up to screaming. “Mom, did you shut off the internet?” My 17-year old was in great distress. “I have to submit my paper by 11:59 or it’s late.”

What happened to good old-fashioned days when you put your paper on the teacher’s desk in the morning? (I apologize to all high school teachers. I really do think you are amazing individuals for spending your day with my teenagers, but please can we rethink the midnight submission deadline?)

I did more research and learned I was able to just shut the internet off on specific devices. So, my eighth grader would have the internet shut off at 11pm and my other daughters could procrastinate and submit their assignments at 11:59. At 17 and 19 they were on their own. Now I would sleep, I was a genius. And that is when I learned that you do not need the internet to go online. Doesn’t that seem like an oxymoron? Apparently, you can turn your phone into a hotspot and use an iPad which has all the same apps as your phone.

I had once again been outsmarted. I decided to ground this child for the rest of her life. I would take her phone and iPad and lock them in my room and stay up all night and monitor the halls. Or I would just give up, throw my hat in. Go ahead, stay up and Snapchat all night. Go to school exhausted and fall behind in your classes. I wave the white flag. Technology, you have won, you are smarter than me.

The next morning I wake up and gather my strength and resolve to give it another try. I can not let technology take over any of our lives. So, I will keep trying. Wish me luck.