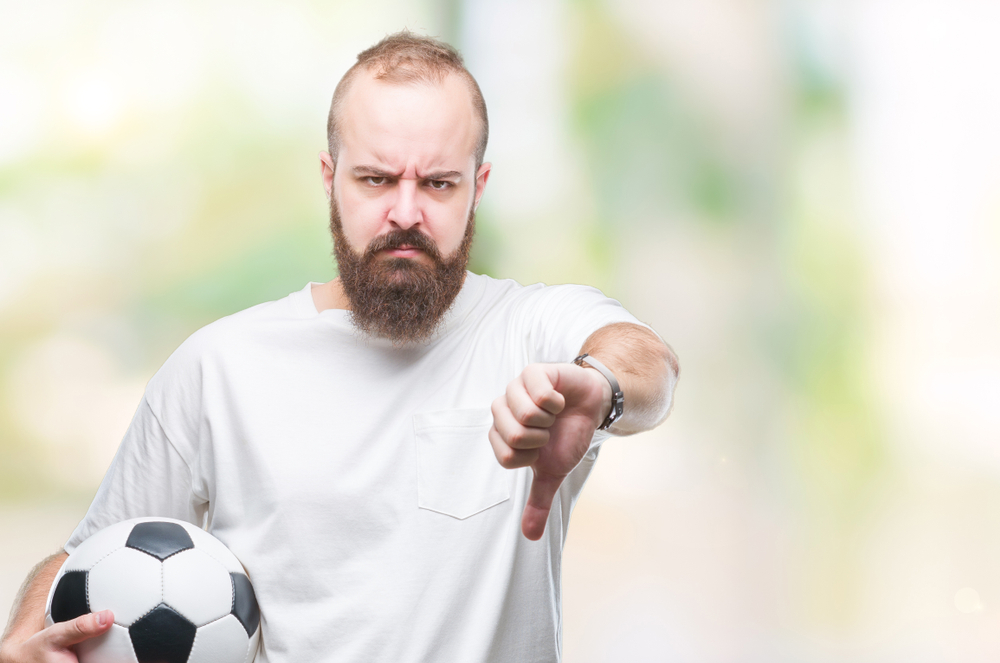 I am not a rookie sports mom. I have been watching games for 15 years and my daughters play on college and high school teams. They played for intense club teams that traveled hours and sometimes even flew to tournaments. I am not an “everybody gets a trophy” mom either. This is life, sometimes you win sometimes you lose. So, I deem myself qualified to say to you, the parent watching from the sideline, stop being an asshole.

I know games can be exciting, and I am guilty of getting caught up in the moment and cheering louder than I should. But we need to remember this is not the World Cup but rather a bunch of 14-year-old kids running around a field. Shouting at your daughter to “take the girl down” and then cheering when the 14-year-old girl trips and falls is not cool. And please, stop yelling at the referee to get the hurt girl off the field because the clock is running. If you were walking down the street and a 14-year-old girl fell would you tell her to get out of your way because you were late?

There have been numerous reports of parents behaving badly at youth games. Just recently there was an incident in Colorado at a baseball game made up of 7-year old players. Parents and coaches were physically assaulting one another over a questionable call made by the 13-year-old umpire. Seriously people, these players still believe in the tooth fairy. We need to clean this shit up and start acting like adults.

So, sideline parent here are a few things I think you need to know.

The team already has a coach and it’s not you

Look, I get it, you were the star of your high school team, but you need to get a grip. That was 1985. It is confusing for a player to be told to do one thing from a coach and another from a parent. Trust the process, the coach has a plan, let it play out.

Is it necessary to call him blind and shout that he should be thrown out of the game? He doesn’t look a day over 15 and you are embarrassing your kid. Both of my daughters have their referee license, but their careers were short-lived. They came home completely discouraged because parents were harassing them, and it wasn’t worth the $20 they were making. So, give the kid a break.

Please stop screaming at your kid to run faster

Once you get your fat ass out of your chair and start running then it’s okay to tell your kid to run faster. I am pretty sure they would run circles around you. So, sit down and shut up, your kid is running as fast as they can.

Don’t talk about my kid

No, seriously if you complain about my kid I am going to walk over and punch you in the face. Okay, maybe that contradicts everything I just said above. So, I won’t really punch you in the face but have some class. If my kid gets beat to the ball, misses a wide-open shot or strikes out, I do not want to hear you comment or even sigh. Worry about your own kid.

Your kid wants your approval. There have been times when my daughter’s teammates have asked to ride home with us. They wanted to ride with anyone but their parents. The car ride conversation should not be about everything they did wrong. I know you want to help your kid improve and that’s understandable. But maybe start out with an observation about something they did well (lie for Christ’s sake if you have to) and then give them advice on what they could have done better.

Take up a sport or get a hobby

Tennis, yoga, golf, beekeeping? Do something to release your pent-up energy. Stop living vicariously through your kid. Not only are you going to suffocate them but remember they grow up and leave and then what are you going to do? It’s important that you find time for your interests and not revolve your entire life around them.

If playing a sport becomes too stressful, they will eventually quit. Often club sports require players to miss out on many social events. Whether it is an 8-year old birthday party or the senior prom players make sacrifices. I have seen many fantastic athletes just walk away because they were burnt out. When my kids were younger I encouraged them to play sports because of the positive life lessons I hoped they would learn. Gracefully winning, good sportsmanship and working as part of a team. It disheartens me when I see the opposite traits on the field. Let’s continue to encourage our kids to be competitors but at the same time teach them to be considerate human beings. So, sit down, watch the game and stop being an asshole.

This piece was originally posted on Bluntmoms.com