The House on Knobhill Lane 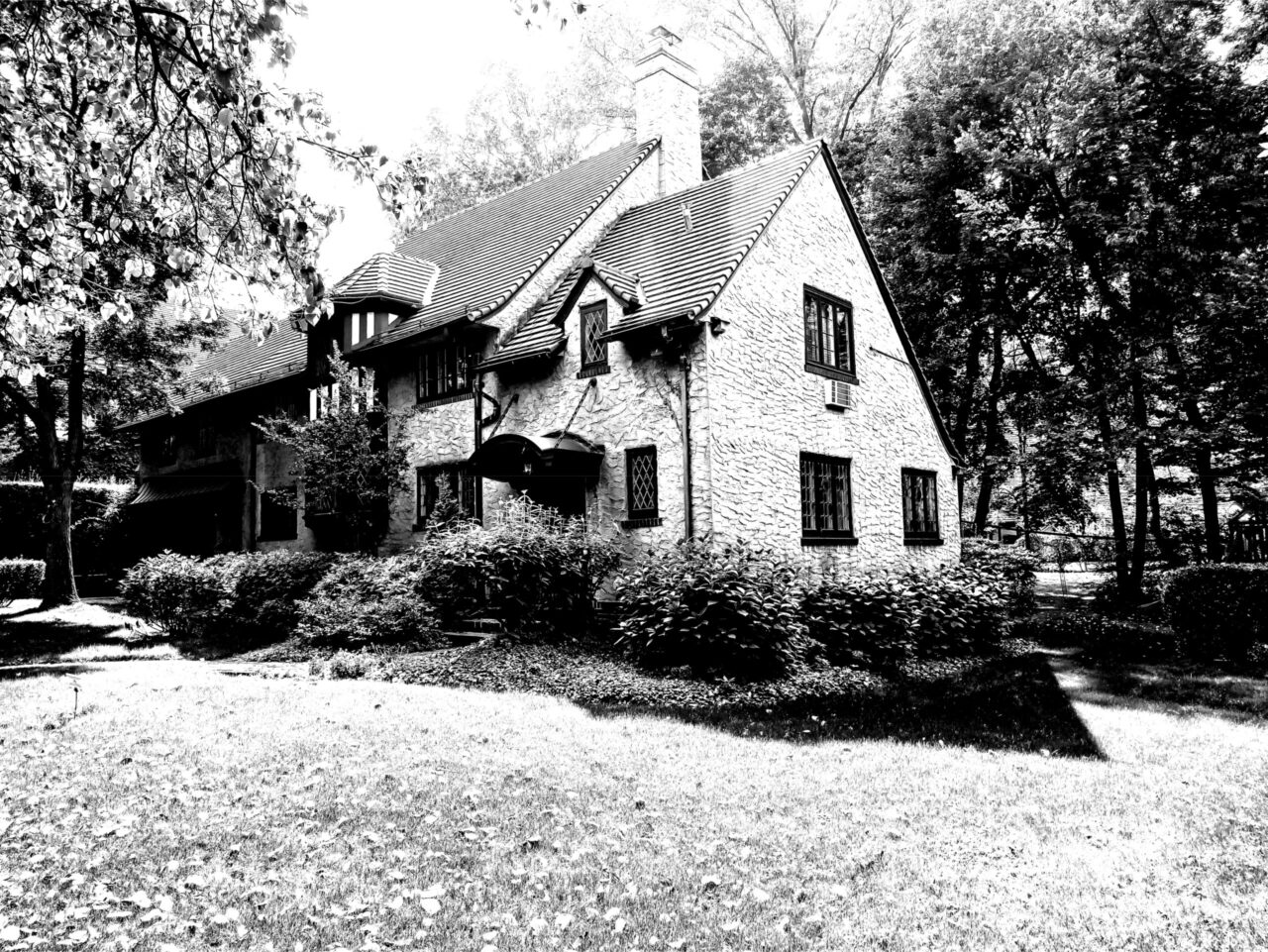 It was by chance that I drove by the street. My navigation system redirected me on the way home from an appointment. The green sign read “Knobhill Lane.” I hadn’t planned on turning around or getting out of the car. The old stone house looked exactly the same. The maple tree my cousins and I used to climb had grown a bit. It was just weeks ago that she had died. I started to cry. I walked towards the front door.

My sister and I are laughing, running in our Halloween costumes. I can feel the excitement as we ring the bell, hide and scream “trick or treat.”

I knocked. Had I lost my mind? I waited and then started to walk away. “Hello, can I help you?” A man with a kind smile opened the door. I apologized for my tears and explained that I grew up in this house. Would it be okay if I just walked around the property? “Come in, please” he insisted. I stepped into the house.

When he realized who I was he was excited to show me around. He had bought the house from my grandparents 35 years ago. Unlike the exterior, the inside looked completely different. The kitchen was unfamiliar. He and his wife had knocked down a wall and installed an island. The walls were painted red but the view from the window was exactly the same.

It is my 10th birthday. We sit around the lacquer table overlooking the backyard. I am convinced I am going to get a Barbie Dreamhouse but a puppy escapes from the back room. The fluffy, white-haired puppy runs circles around the oval table barking. I scream. Is this really my dog? My sister and I jump up and down with excitement.

He pointed to the picture on the windowsill. It was of him, his wife and their six children. The picture was surrounded by ceramic plates with handprints, “To The Best Mom In The World” and “Happy Mother’s Day.” His kids were grown now but they visited often with the grandkids, especially since their Mom died. He lost his wife five months ago after a long battle with cancer. His voice was filled with sadness and I could tell the pain was fresh. There were memories of her throughout every room.

We walked into the living room and I immediately knew where I was. The walls were decorated with graduation and wedding pictures, but the layout was the same. He told me about each of his children, their accomplishments, their families, their jobs and the hardship of losing his son at 23. Among the pictures were framed newspaper articles written about his wife and her state championship high school team. She was an all-star field hockey player in college who later went on to become a legendary coach. She had a spunky personality and was full of energy. He told me how she was loved by so many people, his expression a mixture of happiness and sadness.

I am in this same room and it is Christmas Eve. Santa, who is clearly my uncle, bursts through the door with a bag of gifts. The four of us sit on the floor and make piles of our colorful packages. We try to be patient, but the excitement takes over and we can’t help ourselves. We begin to open the presents and the adults laugh. I unwrap a box and pull out a sweater with a teddy bear stitched on the front. My eyes fill up. Don’t they know I am 12 and almost a teenager? I am dramatic. I am moody. I am an adolescent girl. I lock myself in the bathroom.

He asked me if I wanted to see the upstairs and I told him I did not want to intrude. After all, I had shown up unannounced. I noticed the spiral staircase was no longer there. He explained that they took it down and installed an elevator for his wife’s wheelchair. Upstairs the master bedroom was barren. He was sleeping in one of the kid’s rooms now.

I am lying in her big bed when she brings me chicken noodle soup. I am not really sick, just sick of school. If she knows she doesn’t let on. I watch “I Dream of Jeannie” and the hot soup burns my tongue. I could lay here forever.

We walked up the stairs to the loft. The loft my mom and aunt shared as teenagers. Stories I grew up hearing flood my mind. I see younger versions of them, girls getting dressed for dates, late-night phone calls, broken hearts and love. Now the room had a crib, pack n’ play and toys in the corner, a place for when his grandchildren would visit. It is a big house for just one person he explained but it was filled with so many happy memories. He told me he would love for me to stop by again. The loneliness in his words mirrored the ache in my heart.

This house was my childhood. This house was my innocence and dreams. Nothing was impossible in this house. I hugged the man who was a stranger just an hour ago. I realized he needed me as much as I needed him. We were bonded. We shared a home with a lifetime of memories.

“I can only note that the past is beautiful because one never realizes an emotion at the time. It expands later, and thus we don’t have complete emotions about the present, only about the past.” Virginia Woolf