The Basket of Laundry That Led To Therapy 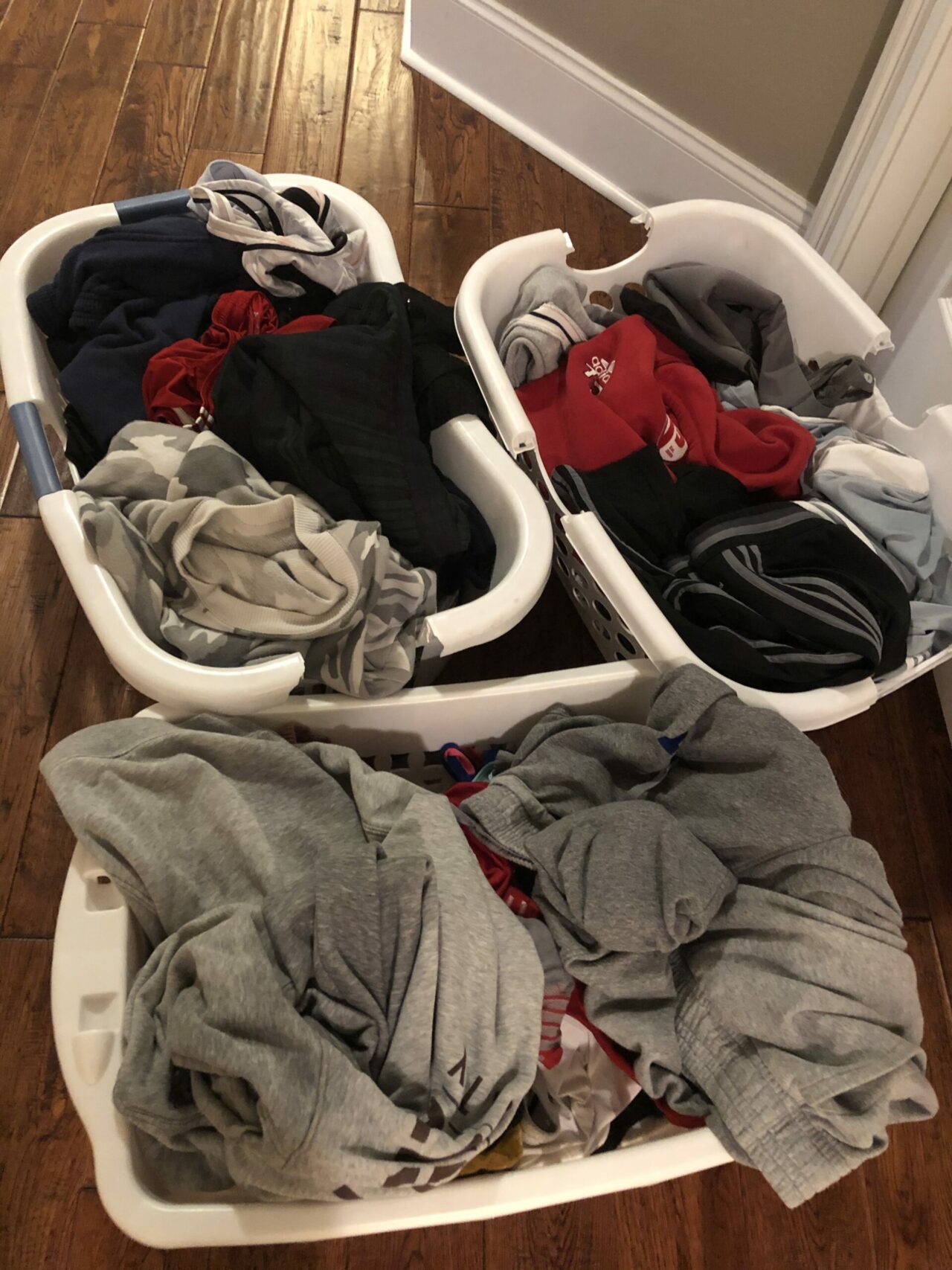 It was just a basket of laundry. Clean laundry that I had washed, folded and set outside her room. It was one simple chore, put it away. There aren’t many chores in my house. Most of my teenagers’ time is consumed with schoolwork, sports and an occasional social life. This basket of laundry began to infuriate me. I watched as it remained outside her bedroom door. A basket of neatly folded clothing morphed into a heap of picked through, wrinkled garments. I should just put it away and stop torturing myself, I thought. But I couldn’t, I wouldn’t, it was my Maginot Line. I spent several hours a week washing and folding clothes for my family of five. The deal was they were responsible for putting it in their drawers. Soon another basket of neatly folded clothes was placed outside her room, next to the basket of clean, picked through clothing.

I watched as this second basket transformed into a pile of picked through, wrinkled clothes. Now there were two. I nagged, threatened, yelled and punished and yet the laundry remained.

When the third basket of neatly folded clothes became a heap of picked through, wrinkled clothes, I lost my shit. I don’t lose my shit often but when I do it isn’t pretty. I went on strike. There would be no more baskets of clean laundry outside her room. If she wanted clean clothes, she would have to wash them. The silent battle began.

The baskets outside her room were replaced by overflowing hampers of dirty clothes. I did my best to ignore them, but a pungent smell began to linger in the hallway. I became completely frustrated. “Just wash them” my Mom pleaded, sick of hearing me complain. I didn’t listen, I resolved to stick it out. She had to cave. Eventually, she would need something clean to wear. However, she was resourceful and having two sisters worked to her advantage. The sibling brawl began. “She is taking all my underwear” and “where are all of my soccer socks.”

The battle of the undies began to affect everyone in our home.

Her sisters hid their clothes in drawers throughout the house. This went on for weeks. I took pictures of the overflowing hampers and sent them to my husband at work egging him on. “DO SOMETHING ABOUT THIS” I shouted over text. And eventually he did. While we were at a soccer tournament he washed, folded and put away five loads of her laundry. I came home and was furious. “WHY DID YOU DO THAT? WHAT ARE WE TEACHING HER?” I yelled. “I did it because I wanted to help and honestly, I am sick of all of the fighting.” Hugging her Dad, she gave me a smug smile and headed to her room. And that is how we landed in family therapy.

For $200 an hour I learned what I already knew. The basket of laundry represented something much more significant.

But what I didn’t realize was that the first thing I did when my daughter came from school was remind her of the things she neglected to do, instead of asking about her day. I also didn’t know she was upset with me about other things that had nothing to do laundry. Stuck in the therapist’s chair where she couldn’t escape to her bedroom, I was able to tell her I didn’t think she saw me as a person. I was the mom. The person who did laundry, cooking and food shopping. I tried to explain to her that I was other things too. How helping around the house would not only make me feel appreciated but would free up time for me to do things I wanted to do. I am not sure if she heard all that I said that day, I can’t speak for her. As for the laundry situation, it has gotten slightly better. I have gone back to washing and folding and eventually the clothes disappear into her drawers. I ask her about her day now and listen when she tells me what is going on in her life. I guess we both had to compromise a little. In a few short months she will be in college and there will no longer be overflowing baskets of laundry in her room. I won’t miss the laundry, but I know I will miss the strong-willed daughter I raised.