I Have Never Been a Yoga Girl 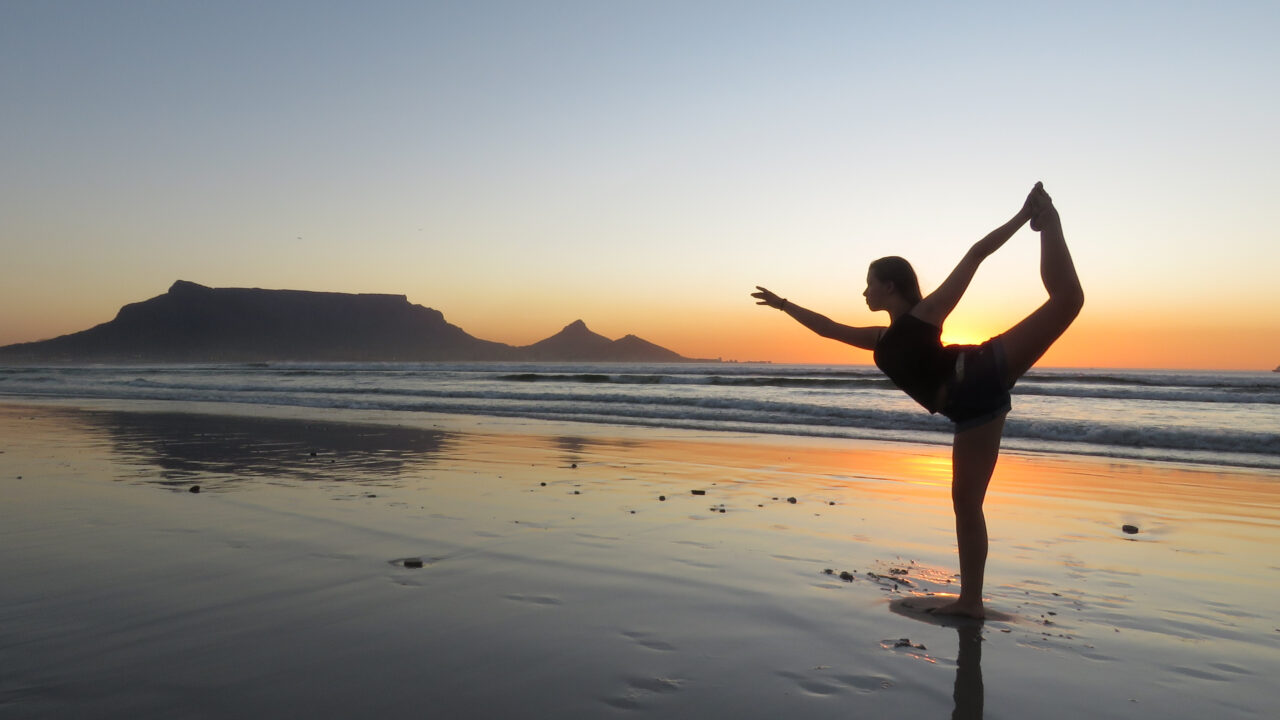 I have never been a yoga girl. I love yoga clothes and admire the women in the catalogs twisting and bending like contortionist. But lately everyone has been in my ear about it. “Yoga is important at our age” blah, blah, blah “we lose elasticity in our muscles” blah, blah, blah. I decided I would give it a try if for no other reason as an excuse to buy ridiculously overpriced leggings and a cute backless tank.

With my swell water bottle in hand and my new yoga threads I walked into the local YMCA. There was no need to start off at a fancy yoga studio. Beginners yoga at the Y was more my speed.

The room was crowded, and I took a spot in the back corner. I tried to blend in with the other yogis laying on my mat stretching. Next to me was a woman who had to be at least 70 years old in corduroy pants and nylon socks. This was going to be a breeze I thought. The instructor took her place in the center of the room and after a long “Ooooooohhhhhmmmmmmm” invited us to go around the room and offer a “mantra” or intention for today’s class. I wasn’t prepared for this. “Gratitude”, “Acceptance”, “Complete Awareness” I began to tune everyone out trying to think of something meaningful to say…. “tighter butt” didn’t seem to cut it. “Happiness” I blurted out, it seemed mindless, but no one appeared to notice.

Laying on our mats we started the warm up. Knees on our chest we rocked side to side. This wasn’t so bad. We twisted and stretched and concentrated on our breathing. As I attempted to touch my toes (not getting much past my knees) I looked over at the 70-year-old woman in corduroys. Her head was resting on her thighs and her hands extended past her toes. I was completely impressed. But, I was hanging in there: mountain pose, downward dog, warrior pose. And then came a three-legged downward dog pose. Trying to balance myself, I lifted one leg high in the air while the other leg was on the floor and my hands planted next to my ears. This pose was just not happening for me. I began to sway back and forth like a pendulum. Gracefully, the instructor walked over and began to raise my leg higher, her face only inches from my backside. “Push” she said softly “Push” as she continued to lift my leg.

With extreme concentration I pushed and then it happened. An explosion of air expelled with great force. I had farted very loudly.

The room was awkwardly silent. I thought about pretending it didn’t happen, but I knew I couldn’t. So, I took a deep breath and went for it “Oops.” A slow rumble of laughter came from the front of the room and then as if it were contagious the other yogis began cackling. The instructor laughed so hard she snorted. My fart had turned the entire yoga room into complete chaos. Things did eventually settle down and we went back to posing like trees and cats and finally reaching savanna (this is the pose where you lay as if you were dead and meditate for what seemed to be a very long time). With a bow and a “namaste” class ended and I had survived. While walking out of the room a few of the yogis came over and thanked me. They said they hadn’t laughed that hard in a long time and hoped that I would be back next week.  Walking to my car I realized I had achieved my mantra, “happiness!”

I decided that I might give this yoga thing a chance, I mean I really do like the clothes.